True Confessions (by Republicans, No Less!) 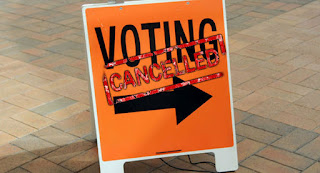 Despite all their invoking of religion and piety, I’ve never had high expectations that Republican politicians would confess to the errors of their ways or the damage they have caused to our country and the larger world.

George W. Bush and Dick Cheney, to my knowledge, never took responsibility for the irreparable harm their lies about weapons of mass destruction and their invasion of Iraq and Afghanistan caused to those countries and their people, to US soldiers and the US treasury, to US credibility in the world, and to the destabilization of so many countries in that region that now literally millions of families have been displaced by war.  One might even add that the right-wing backlash throughout Europe against immigrants and refugees from mostly-Muslim Middle Eastern countries (too say nothing of the current US Muslim travel ban) can be traced back to the Bush-Cheney-Wolfowitz-Rumsfeld-Rice-Powell-et-al wars-based-on-lies.  (No, I’m not nostalgic for W, even in the current political moment.)

I don’t think Jeb Bush has apologized for the damage he did to Florida’s public schools while he was governor, nor to other states’ schools with his expensive consulting and cheer-leading for charter chains.   Have any of the Republican governors who refused to expand Medicare under the Affordable Care Act apologized to the thousands of sick and disabled people in their states who remain uninsured, unable to get the medical care they need to heal?  Have the governors in Arizona and Oklahoma and West Virginia and Texas (you, Rick Perry) confessed to starving the public schools, crowding classrooms, cutting the arts and special services, forcing teachers to take second jobs?    Have any Republican members of Congress recanted their denial of global climate change and stepped up to sponsor urgent planet-saving legislation?


Our policies are so bad, and our candidates so wrong, that if everyone were allowed to vote, we would never win.  We win only when we decide who gets to vote.

And unlike some confessions that are just words, these Republican confessions are visible in their actions:   Many Republicans governors, secretaries of state and local officials around the country are doing everything they can to assure that if you’re not likely to vote for them, they’ll make sure you don’t get to vote at all.

Here’s how they’re doing it:

--Restricting the times and places for registering to vote
--Requiring photo ID to register and to vote
--Drastically reducing the number of polling places
--Moving polling places at the last minute (or to outside of town, Dodge City!)
--Sending out false notifications about voting locations and dates
--Not complying with state laws requiring voter registration in the high schools (yes, Texas, only 20% or so of our high schools are doing this and all our state officials are Republicans!)
--Purging registered voters from the rolls (especially if they are African American, Latinx, poor, or students, and especially if the official in charge of voter registration is running for office and thinks these are not his/her likely voters!)
--Limiting the number of days for early voting
--Holding up the processing of voter registrations (again, especially African American, Latinx, and student registrations – and especially if the official in charge of registrations is running for office)
--Restricting students’ voting where they go to college

And these are only the ones I know about; you may have other examples.

Voter suppression as Republican confession.  How embarrassing it must be (if they had shame) to have to publicly admit that your policies are so bad that you could not get elected if everyone who is eligible to vote was able to register and to vote?

The perversion of our election system in this current era began with the stopping of the vote count in Florida in 2000.  The Supreme Court, in a highly partisan and constitutionally unsupportable move, approved stopping the vote count that already showed the Democratic candidate, Al Gore, with more of the popular vote than George W.  Many of the enablers of that terrible moment in our democracy were generously rewarded (think, chief justice of the Supreme Court, Texas senator, etc.).   But that deligitimizing of the electoral process succeeded in breaking through the protections of the voting tradition.     Old rules need not apply.   Our democracy is at risk.

We can’t undo 2000. But we can, and must, work to restore the right so many struggled and even died for: the right to vote.   We can’t wait to see if Republicans' confession is followed by repentance and a change in their ways.  Their confession won’t be good for the soul (of democracy) until everyone can vote.  People have to believe their vote not only counts but is welcome and needed.

I need to know the system will be fair to them when I urge my students to register and get out there and vote!
Posted by Linda McSpadden McNeil at 5:00 PM