NO STATE TAKEOVER OF OUR SCHOOLS!

The Children Are Watching 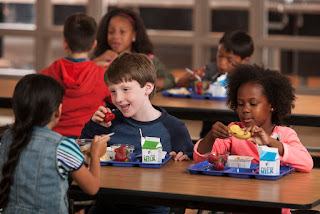 The state of Texas is threatening to “take over” the Houston Independent School District and its schools. The threat first came because several Houston ISD schools had persistently low scores on state tests, thus triggering sanctions that included possible closing of those schools or outsourcing them to charter chains or other organizations outside the democratic governance of the elected school board. More recently, the state has threatened to “take over” the entire district, dissolving the elected school board and installing some kind of appointed manager or management team not elected by or accountable to voters.

Such a “take over” would not solve the persistent problems in the Houston school district.  In fact, there is strong evidence such a move would effectively destroy the public’s schools.

In short, the State that has starved our schools can’t be trusted to run them.

We know from cities where state neglect and predatory privatizers have instigated such ‘take overs” that dissolving or over-riding elected school boards diminishes the possibility of improved educational quality and sets in motion factors that (often by design) decrease academic quality and increase inequality within and across schools.  New Orleans, Detroit, Washington DC are but the starkest examples.

We also have clear evidence that Texas in particular – whether through the Texas Education Agency or other state or out-sourcing entity – cannot be trusted to ensure children’s well-being.  The state’s history of neglect, failed oversight, underfunding, and outright non-compliance with legal mandates proves its lack of capacity and expertise to manage, much less improve, its largest urban school district.  Even more obvious is the state’s flagrant, careless disregard for official requirements for children under its jurisdiction.

First, thousands of children in need of special services have been denied those services and the diagnostic examinations needed to determine those needs by state policies capping “special needs” at roughly 8% of any school district’s child population. Diligent investigative reporting uncovered this policy by following the stories of families willing to make public their struggles to find help for their children.  Many were told year after year their children’s physical disabilities, cognitive limitations or other conditions were just evidence of “slowness” or “not trying hard enough” or not the school’s responsibility. The reporting traced these stories through interviews with current and retired special education administrators, and teachers who had tried in vain to get kids tested, across a number of school districts.  What emerged was a strong directive from the state that no more than 8% of children should be classified by – and thus served by – special needs accommodations. Never mind that federal law requires that each child that needs one have an individually prepared education plan (an IEP) and that it be followed.  The state --- TEA officials – denied putting forth such a directive.    Lawsuits, courts, new pronouncements from the governor’s office, and a meek attempt at legislation add up to a sad combination of further denials, promises to do better, and some new policies which we hope will be diligently enforced.   If there has been compensation to the thousands of children who have missed out on the early interventions and sustained programs which would have helped them develop to their full potential, that hasn’t been made public.   Experts estimate that in urban districts with high poverty (and well as centralized medical facilities) as many as 12-13% percent of children have special needs that qualify for state and federal support.  These children and their families have trusted the state at their peril.  Not a good track record for taking over the education of 200,000 Houston students.

Children’s Protective Services provides further evidence of the state’s inability – or unwillingness – to act ethically on behalf of its children.    The foster care system, perennially underfunded and understaffed, “loses” children from time to time and fails to provide robust, supportive care for many of those that do have family placements.   The record is stark, is continuous, and is another  example of careless disregard for the weakest youth in our state.   Revelations of serious problems unearthed by investigative reporters were followed by promises by the governor for more funding to hire additional and better trained case managers and assurances of special legislative action.  None has been adequate.  None of the actions have matched the urgency of need.

The Houston Independent School District needs adequate funding.   It needs an experienced educator for superintendent, one with the vision of equity and educational excellence begun under the brief tenure of Superintendent Carranza.   It needs a state funding formula that does not require giving local tax dollars to other districts to compensate them for their own lack of adequate state funding.  It needs to overcome the system of management by fear and intimidation that was the pride of the last permanent superintendent.  And it needs its currently elected school board to rise above the embarrassing pettiness made public in several open school board meetings and a recently revealed informal session.  (The state is investigating whether certain actions taken by several members of this board violated the open meetings act; a stupid thing to do if true. I’m equally concerned that the board’s on-the-record talk stayed completely personal with NO MENTION –  or at least none in the newspaper account – of a commitment to an educational vision for the district as a whole, for particular schools or children, for the role of teachers.)

The answer is for parents and teachers and friends of education (and yes, students – think of the Parkland students and the leadership groups they inspired in Houston around gun safety) to demand this board put the children ahead of their own personal quarrels.

The board needs to build common cause with its employees, especially with teachers, with parents and students, with those sectors of the business community that aren’t in the pocket of the privatizers, with the faith leaders like Pastors for Texas Children, with community groups -- to take on the state, not cede authority to it!  Why doesn’t Houston ISD lead the other urban districts in demanding this legislative session pass full funding for Texas schools?  With compensatory funding for those districts most needing to make up for past starvation-level funding for salaries and facilities?

From other so-called “take overs” we know the State is not always a friend of the public’s schools. Too often the state’s role is to grab power – and funding – from local elected boards and hand it over to the charter chains and “education management” companies that are not in any way accountable to voters or parents.   We know the privatizers are circling – new charter chain offices are opening in our city and their billionaire backers are writing the checks to establish their foothold.  We can’t let them have our tax dollars – or our kids.

So, no to a state take over. No to out-sourcing our kids.  Yes, to speaking out, speaking up, demanding this board get its act together until we can elect a new one.

If you care about the future of our schools, the public's schools, and the children, then seek out kindred spirits whose informed activism needs you.  Community Voices for Public Schools invites you to their meeting coming up on February 16.